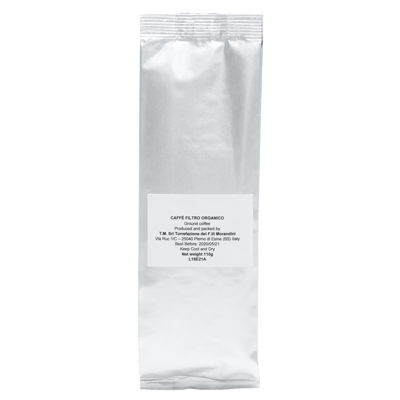 The taste experience of Filtro Organico is pleasant to say the least. The elegant after taste makes you want more. A mild taste fills the cup when brewing, which at the same time does not lose the fullness and roundness that you strive for in a cup of brewed coffee. The acidity that characterizes the Arabica bean is slightly dampened in Filtro Organico for optimal coffee enjoyment. This blend is perfect for anyone who wants a really good coffee while wanting to be climate-smart.
Specifications